Family Affair, by Christopher Owen, is a comedy set in Dilys and Brian’s dining room. The action takes place over Sunday lunch. Dilys played by Marian O’Callaghan and Miriam, played by Kathleen Flynn, are sisters who have always been jealous of each other, especially where men are concerned. Brian, played by Leo Conway, is  Dilys’ husband and is often caught in the middle. However, it turns out he has a few surprises up his sleeve.

Things are seldom what they seem and Brian and Dilys are full of surprises during this fateful Sunday lunch with Miriam. There are a lot of unexpected twists and turns and the play provides the audience with plenty of laughs until the final curtain.

Last year we had a very successful run with four of  the “Deckchairs” series by Jean McConnell. This year we present two more. These two seaside plays with surprising twists feature colourful and animated characters and delicate observations on life that are sometimes humorous, sometimes touching and always compassionate

Late Frost is a drama from this series.  Grace Donovan and Ber O’Sullivan play the parts of two best friends. One of them finds out something about the other that she would rather not have known.

We listen to the story as it evolves and feel the emotion, the shock and the compassion of real life events as they unfold.

“It’s the day to day things. Those are what you need friends for.”

Short Changed is another one of the “Deckchairs” series and Kathleen Lowney and Ger Shine present a fascinating story of how life can change over time. In this play, a retired school principal tries to peacefully move to the prestigious residential home near where she had been working. Her past comes back to haunt her in the form of the person in charge of her chosen establishment. We watch as the wheels slowly and steadily turn and the balance of power shifts. And we wonder what form will the potential revenge take. Will it be the “nobler species of revenge” …. “To have the power of a severe retaliation and not to exercise it”

Both plays were performed recently at the Ballincollig Drama Festival – a first for Cork RTAI Drama group.

We have a sketch “as Gaeilge” performed by our very experienced Judy and Alice called “An Scéilín Síneach”  and who knows what else will happen on the night as we have Paddy O’Brien, the well known storyteller, as Fear an Tí?   We  know that he could do the whole show himself and have you all going home “in stitches”.

Please come along and enjoy a great night. 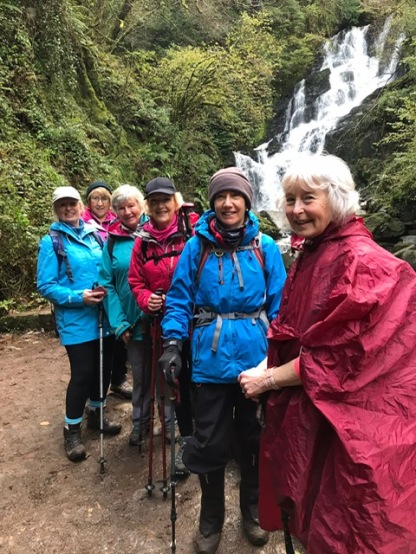 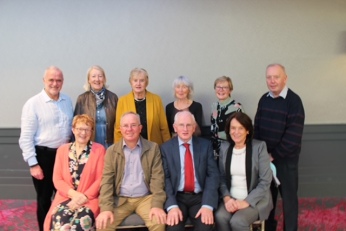 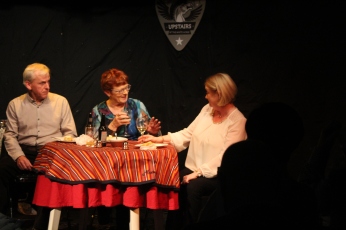