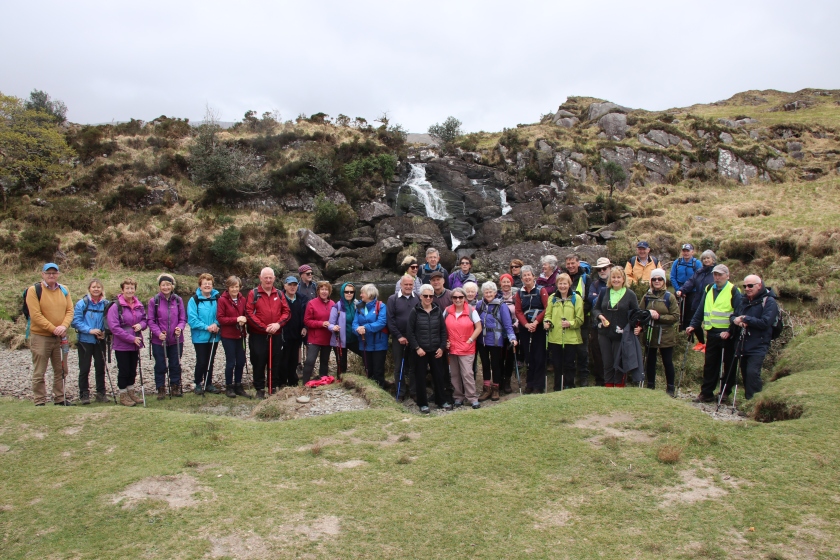 Once we had gathered in Muckross, Clare Shelley ensured that the 36 of us came under “Starter’s Orders”. The bus ride from Muckross House car park to Derrycunnihy Church (courtesy of the RTAI), had an air of expectancy, a reminder of the buzz of the school tour of yore. A welcome sight on board was newcomers adding to the vigour of our group. The dark grey clouds as we sped along took turns with beckoning sunshine, vivid reminders that we tip-toed between a “sweat-fest” and a serious drenching.

Pat Crowley was our Moses, as we began our wanderings in primeval oak forest, bog, dirt road and raised walk-way. Contrary to his detailed recce notes, the first stage, once blended with the chat and zest of us let loose, ran from 60 to 90 minutes! Meanwhile James covered every angle of walking and resting, as evidenced by the accompanying photos. 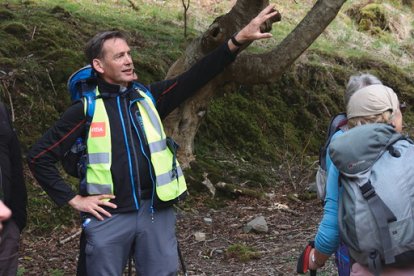 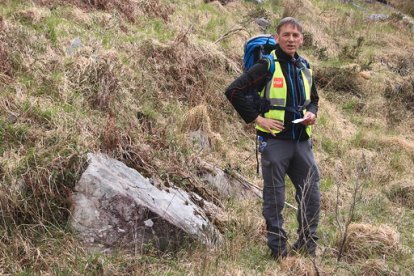 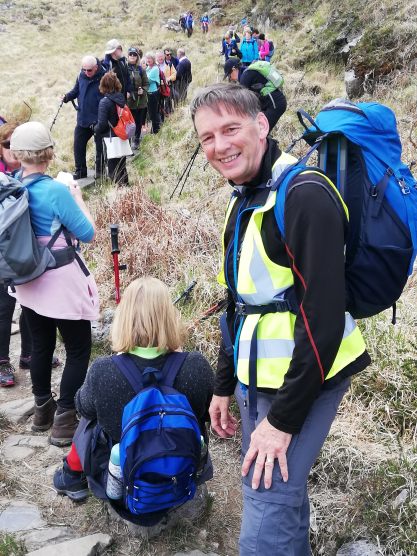 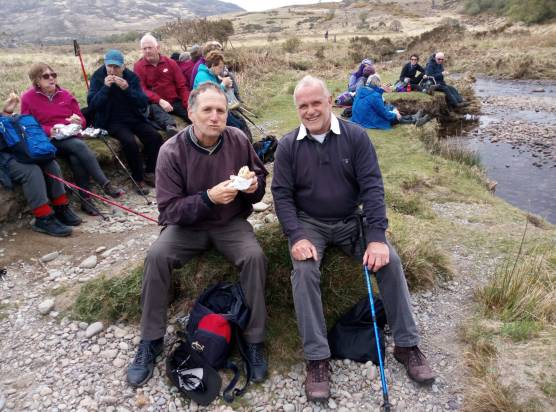 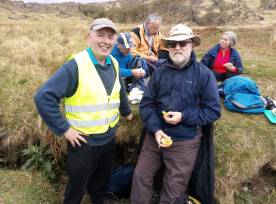 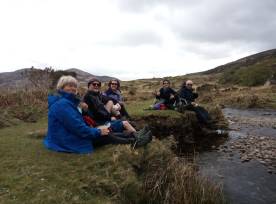 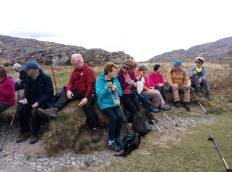 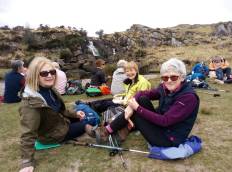 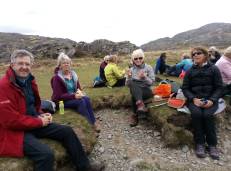 The early going was a gently rising slope with little sign of spring. Equally shy were the pine marten and white-tailed eagle, who probably kept a covert eye on us. How wise of God to entrust the care of the Kingdom to the good people of Kerry. No doubt He knew they would mind it and share it. We in turn would not begrudge them a good living from such care and service, delivered with good humour. 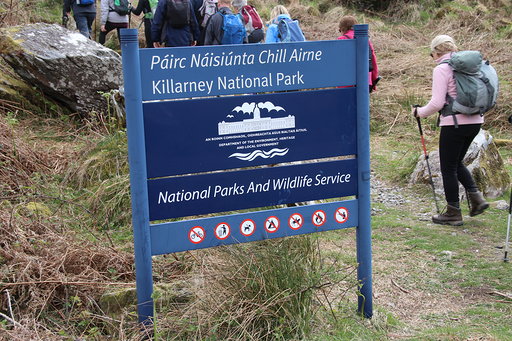 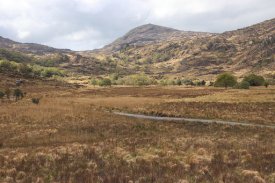 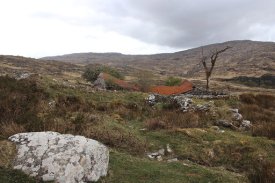 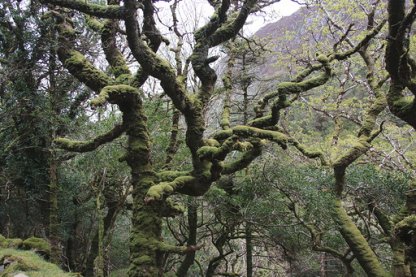 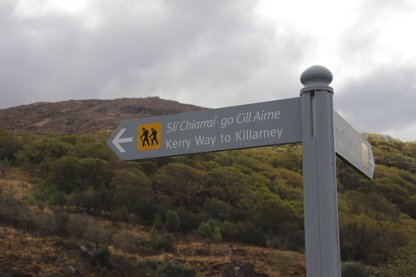 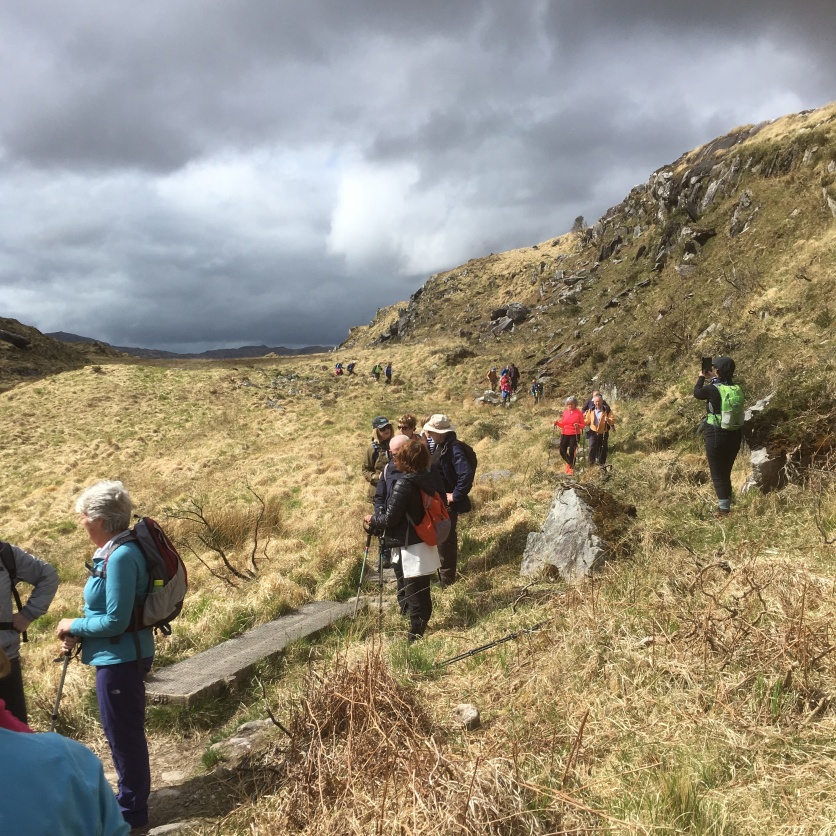 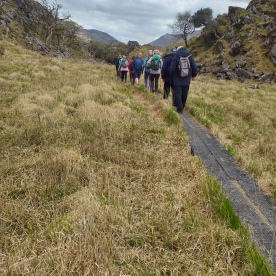 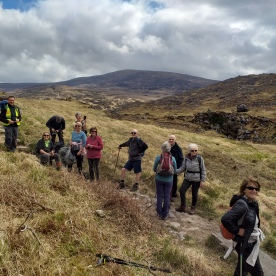 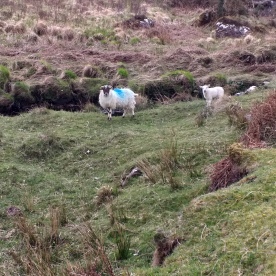 In the “always a teacher” tag we bear, having examined the graffiti of James Ó Neill 1815, we concluded he was ready to begin joined-up writing soon.

Post lunch, by a waterfall, the pathway climbed upwards and the sleepy, lazy furze of earlier was now “unprofitably gay”. This prompted an outburst of Oliver Goldsmith’s “The Village Master taught his little school” etc. The polite walkers stealing a breather on the steep hill, gave all the appearance of a generous audience. The reciter was happy to parse the audience no further! 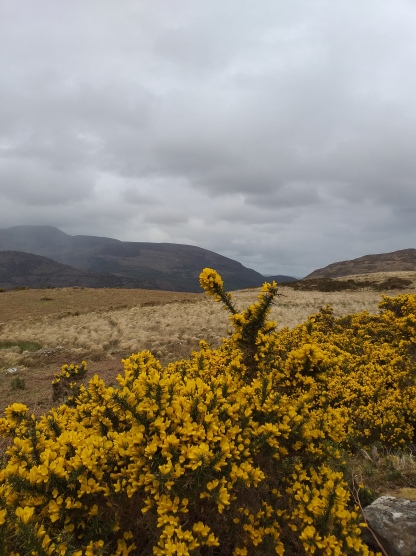 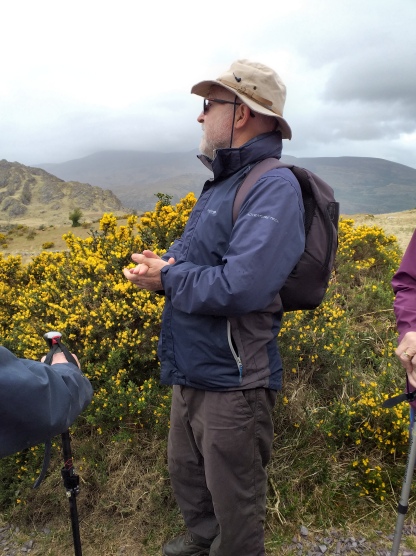 Farther along the path, K. in a modern version of “the lady drops her handkerchief”… dropped her water bottle into the raging torrent [Editor’s note: Tiny gentle stream?] Two latter-day gentlemen risked all to retrieve the bottle and a goodly share of the brownie points!!

At the risk of our grub getting cold at the Killarney Oaks Hotel, the pace quickened. In brave defiance of the forecast (thunder showers and gales), the shower at walk’s end seemed a sort of blessing. We descended below Torc Waterfall, with a brief nod of appreciation to a much-loved landmark. 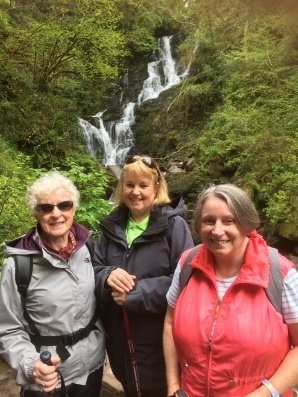 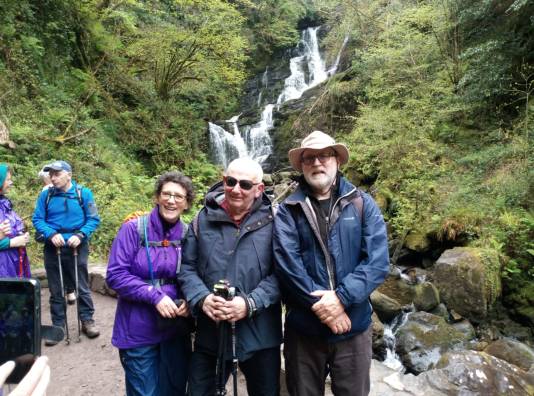 Soon, we were back at the car park in right good spirits; the combined great outdoors and our physical exertions yielded a natural “high”.  P, on removing his shirt drew a small but appreciative audience, but thankfully did not frighten the horses.

Our hotel was deceptively small-looking from the outside, but once we made it inside, the food and service was perfect for our needs. All in all, it was a very special outing in a most beautiful setting.